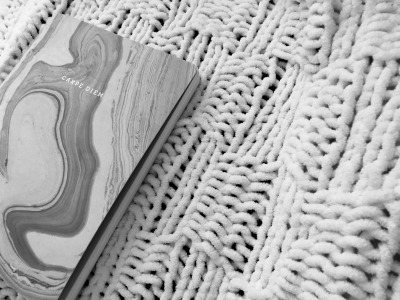 I’ve had one okay day this entire week. And by day I mean like 7 hours on Wednesday, followed by two medicine days in a row.

I spent Thursday painfully rotating between my couch and my papasan chair. I had to entertain people who were picking up my bed and desk chair. They all had an awful lot to say to me.

I shouldn’t have to explain myself when I say you’re going to need to bring help to get the bed and mattress out of my apartment. You should just bring the help. I shouldn’t have to defend myself for not helping. Unless you want to pay for the hospital bills because I overexerted myself…

Then came the suggestions. People I don’t know. Telling me to explore random weird spinoffs of chiropractic. Telling me to order a $300 test kit to see if I’m allergic to things in my diet.

It was hard enough standing for the half hour they were here, but listening to that and having to be in the light and the heat… no thank you.

Thursday night I painfully reached for some 800mg ibuprofen because regular medicine wasn’t helping and hey, might as well give it a try.

Thankfully, that took the edge off.

Friday was foggy. It was also storming outside.

After driving to get boxes to start packing, I was done for the day. I managed to bring in a handful of boxes. I packed my books.

But, I was in pain. I had packed the remainder of my office and my shoes.

People keep saying let me know if you need any help, but an hour here or an hour there, is no help to me.

I can’t drive hours on end. I can’t sit at a big dinner with people I don’t really talk to anyway, who will be loud and want to know way too much information. I don’t want to be rude, but this blog exists for a reason. It is my medium for sharing this experience. I don’t want to regurgitate what I’ve already written.

I can’t even sleep anymore. Maybe this air mattress was comfier when I slept on it all last summer… Maybe I just got used to it.

If I stay up past 10, I’m usually bound to feel the painful twinge of a migraine set in by 11. But, even when I got to bed at 9 or 10, now I find myself still just laying there at 1 and 2. Extra melatonin hasn’t helped. Frankincense hasn’t helped. And it isn’t even like a million thoughts are racing across my mind. I’m just laying there.

And then, as I roll over in the morning to see that its already 8 am, I roll back over because I’m finally getting “decent” sleep. So I don’t end up getting up until almost 10… just to spend the rest of the day avoiding taking a nap.

Again today, I rolled over. I didn’t fall back asleep. I just desperately tried to re-position myself so I wouldn’t feel the pounding in my head.

As I finally got up, I made some coffee. I waited until I was too hungry, because the pain has centered itself in my jaw. This isn’t new, but I’m not used to it being so constant. The thought of chewing on food, hurts.

Eventually, I managed to eat. But my jaw hurts. My eyebrows are caving in. My eyes are pushing back. My cheeks feel heavy. The base of my skull is tender. My neck is tense.

Its a shame iced coffee can’t actually solve all of our problems.