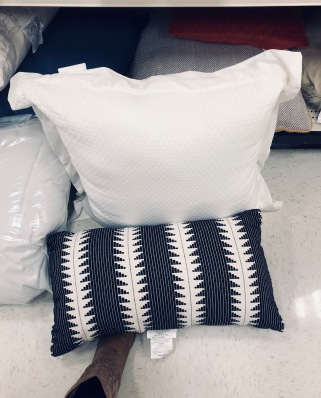 Life’s made up of moments.

Or at least that’s the idea. When everything is all said and done those moments will float back through our mind.

Certainly makes you stop and think for a second about what kind of moments we hope make it to our highlight reel.

Maybe it stops us in our tracks because we open up Instagram only to see everyone else’s highlight reel. We forget that their reels are full of moments we’ll never understand, and we get stuck in this place where we’re convinced that we aren’t doing enough, or aren’t doing the right things with our lives.

Maybe you can pick out those moments that you wish could live on forever, even though there isn’t a photo to have captured it and locked it in time. Maybe you’ve still got some old photo albums laying around full of memories and long lost friends.

One of the things I’m striving for this year is to capture those moments. To live in them.

So often, I’m so buried in pain or endless doctor visits and follow up phone calls that I get lost. I’ll find myself absolutely drained from some task that I definitely don’t want on my highlight reel.

These past few days have actually been really productive. Maybe it’s been a little forced, maybe it’s the natural feeling we’re all hit with because of a new year. Or maybe it’s just the drugs.

But, regardless of the cause, I’ve got these openings in my schedule where I usually intend to just lay on the couch and maybe accomplish one or two things around the house.

New Years Eve I was feeling a tad awful. A tad awful enough to just give in and take my medicine, knowing I’d probably sleep through the ball dropping. (Here’s my friendly reminder to myself that it is 100% acceptable to take my medication even if it is just to have a good night’s sleep and not for some “event”)

Yet, as my meds kicked in, my friend checked in on me to see what I was up to for the evening and if she could come over. I laughed because our conversation went from “no one’s home if I don’t text you in 10 minutes come over because I’ve most likely fallen and hit my head in the shower” to insisting she come over so we could have a good evening.

My meds make me a bit of a hot mess, and yet we had fun. We talked about life, laughed about all sorts of things, and even though my brain was going at a million miles an hour, it was all worth it.

I don’t usually even attempt to socialize when I’m in a drugged out stooper, but I’m glad I did.

So, I rang in the New Year knowing that just because I can’t drive anywhere, there’s no reason to avoid my friends simply because my drugs are making my head spin.

After two dreadful days waiting for the real pain to break, I had the energy to play with the new pillows I’d ordered for my bed. I’ve always wanted those big euro pillows so I finally ordered two…

Which led to an entire revamp of my bed. I switched out my bedding and pulled out 10 some different pillows to figure out what the best option would be. Only to decide that I really needed a third euro pillow if I wanted any hope of my bed looking acceptable.

So, here I had a moment. And apologies to the three different friends I’ve been putting off for months now… but this was a moment that I was taking.

And I was taking it just for me.

So, I got all dressed and did some of my makeup to make an afternoon out of going to get more pillows and the long list of supplies needed to start painting my room.

I think I spent a couple hours going back and forth between the available euro shams to decide if I wanted to buy and insert and a sham only to give up and wander into the pillow aisle. I basically took over that section of the store laying out all the pillows how they would look on my bed and doing a photo shoot to send off to my friend to ensure I was actually getting the right pillows.

Once I found the right euro pillow and accent pillow, I decided a little more wandering couldn’t hurt. And so I found myself in the Joanna Gaines inspired part of the store, tossing pillows around all over again.

About 4 times I considered just running to the front of the store and grabbing a cart, but my wallet was thrilled that I decided against it.

By the time I wrapped up and made my way to the hardware store to finish up my shopping it was a rainy mess outside. I felt so great grabbing the supplies I needed and then had a great conversation with the paint lady as we both drooled over the plans for my bedroom.

After getting home, I spent a good half hour arranging pillows once again and getting it all picture perfect so I could take a proper picture.

And when all of that was said and done, I realized hey, I really need to paint these walls… no more waiting. So I spent the rest of the evening taking all my artwork off the walls, removing shelves that weren’t meant to be moved and taking curtain rods down.

I really wish I’d waited until this morning to take down my curtains, but oh well.

And then today, here I was with another moment.

I had every intention of finishing the whole paint job today, but my body had the desire to just lay in the dark and be done.

But I’m so incredibly happy.

I probably pushed myself way too hard these last two days, but that’s the risk I have to take if I want to actually capture these moments.

I feel almost filled with guilt. I should have taken my time to go see friends before their classes start back up. I mean, if I want to maintain any level of human support, I should be investing my time in them when I’m able to.

But, that isn’t quite right.

My highlight reel never would have been filled with all the places I went or the people I saw. Sure, they’d be in there, but all the moments I enjoy by myself matter too.

It’s like that feeling I used to get when I’d wake up at the crack of dawn on gameday and rush down to the studio and start on whatever architecture project was calling my name. But I’d make the walk across an almost empty campus. Sure there may be a few tailgaters setting up, but only if it was a noon game. Studio would be swept with silence, it was even better on days where it was raining and there was only the trickle of the rain hitting the windows. It would usually be a few hours before another soul showed up and I always did my best work in those hours I had to myself.

I should be able to pick that feeling over grabbing a coffee with an old friend and not feel guilty.

Because this is my highlight reel I’m creating, not some facade to flaunt on social media.

Migraine has taken so much of it from me. So, I’m taking some of it back.

I’m allowed to enjoy myself. I’m allowed to selfishly take over Target where no one knows that I’m not still an interior designer out creating some lavish new design. I’m allowed to take my time and decide that I don’t want to share it with anyone else.

And so now I’ll collapse. And that’s okay too. Because, I could have sat here and done nothing and I’d be in the same position.

Your life doesn’t have to match your Instagram reel of high-points. Because that isn’t your life. And you don’t have to be sick to decide to make your highlight reel whatever makes you happy, even if it isn’t photogenic.