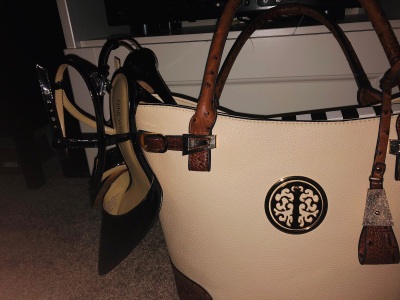 Today was an overall a good day. Disappointing, yes, but it was something I needed.

For weeks, I’ve sat here slowly feeling better bit by bit. It’s mostly because the Aimovig is finally leaving my system, so the debilitating effects of that are almost gone.

I’m back at my baseline that I was at prior to starting Aimovig, and thankfully with the season’s finally settling down the variation of barometric pressure is also much lower.

But, in feeling good. I decided to take a shot at a position open at a local spa.

I immediately was called in for an interview, and spent part of today shadowing the position.

My idea that working in a spa would be good for me, was, well far off. I’d be standing in the front surrounded by large, incredibly bright windows, and I’d be on my feet for the entire shift.

Sure, I could do it, but I wouldn’t be happy, and there’s no guarantee a month from now I’d have anything left in me to keep at it.

After getting home, my body gave in.

It was like that day when I collapsed three times at work and then couldn’t pull myself off my floor once I got home… except my “collapse” was a bit more controlled.

Yet, all I did was get up a little early, do my hair and makeup, and spend an hour and a half interviewing and shadowing.

It allowed me to see that yes, if I do have some energy, I need to be productive with it, but having not heard back from Social Security regarding disability and needing to maintain my insurance, throwing myself into a job that would jeopardize all of that isn’t a good choice. Searching for an online degree that I can work towards slowly, seems to be a better fit.

But, then it slapped me in the face.

Those lacking empathy. Those who don’t understand compassion. Those who chose to take their views and their opinions and wrap them around you without even the slightest consideration for the person being wrapped.

You can’t just not try.

It can’t be that serious.

Other people have problems too you know.

I think something needs to be made incredibly clear.

Yes, I wanted to “reintroduce” myself, and show you all that there is this entirely different, happier version of me that wasn’t always showing through.

But here’s the thing that I want to emphasize: I am a bitch. I’m not going to disagree with you if you’re calling me that, because to be fair, when my health or knowledge of the subject is attacked I have ever right to defend myself.

And let’s get another thing perfectly clear, whatever has sparked my outpouring of words that triggered the idea in your head that I’m not an easy going, positive soul, stems from you, not me.

And suddenly here I am. Reminded that there will forever be more people in this world that are only here for themselves and may act like they’re interested in you or what you’ve got going on in your life, but your life will only ever serve as a scapegoat for their own problems.

And I end up being the one that’s hurt.

Because, I’m not doing enough.

Or, I didn’t take the time to sit down and walk you through the thousands of hours I’ve dedicated to research.

And I’m the problem because I didn’t eloquently explain how this has torn my life completely apart, but because of that, I must face the brunt of these people.

I flash back to the girl in my English class. To every argument with my sister. To the condescending family members who have refused for years to believe me.

And I don’t feel very worthy.

Because, to these people, all I’ll ever be is a self centered bitch. But, these people don’t know how to listen.

And I’m thankful for those who won’t ever understand, because you constantly remind me how much work needs to be done. And yes, I’m even thankful for the ignorant folk in my doctors office who scoffed at a wheelchair user for struggling with the door and mumbled that they should really go someplace that’s intended for them.

I will, however, throw common courtesy out the window without hesitation and put you back in your place.

Because unless my life is in danger, you have no right to speak to me that way.

And if you’re in the same boat as someone, don’t ever accuse them of not being aware of everyone else’s problems. And don’t ever EVER try and diminish someone else’s pain because of your own. To be frank, if you do this, I’ll happily point you in the direction of the closest behavioral therapist, because your issues stem deeper than your pain.

Be conscientious. Be aware. Be thankful. Be aware of reality and that all our realities are incredibly different.